Proton X50 is the Malaysian automotive company’s second major product to be released in 2020 right after its predecessor – X70. The Proton X50 will arrive soon and not be exported because the B-segment SUV is built on a left-hand drive variant. If you’re enthusiastic about the latest technologies, then Proton’s crossover SUV will be worth waiting out for you. Proton X50 has just been signed for the roads in Malaysia undergoing testing and recent development, so it will be released soon. The Proton X50 is expected to be a seven-seater SUV.

It is anticipated that market share would inflate in the market because of consumer preference increases towards these vehicles with aides facilities. As it is called the Proton X50, you can also say that it is the newest and latest b-segment SUV. Styling-wise, the Proton X50 is a fierce competitor to many other vehicles. It is expected to be the first model to roll out after the partnership of Proton and Geely. Technologies provided by Geely are advanced and this helps push Proton forward and raise the brand better. People are rather more excited about the forthcoming Proton X50 than X70. The Proton X50 is expected to be launched in 2020.

Proton X50’s Modern Technology
The Malaysian auto company made it known that the entertainment system on all X50 variants will run on Geely Smart Ecosystem (GKUI) 19, E01 Quad-Core CPU, and eSIM. The only difference between all X50 variants is the Standard and Executive variants will be available with an 8-inch touchscreen(1024 x 600-pixel resolution). On the other hand, the Premium and Flagship models get a huge 10-inch touch screen display – 1920 x 720-pixel resolution.

In the previous decade, modern infotainment has acquired the most popular in modern vehicles. It is so convenient to have a bigger touch screen in the vehicle.

Another notable inclusion to the Proton X50 is the two rear AC vents and two USB ports intended for rear passengers. This is much better compared to the Geely Coolray in the Philippines and the Geely Binyue in China which only have one USB port and have no rear AC vents.
The most comfortable feature in the forthcoming brand new vehicles is the automatic AC. It aids people to set the temperature of the vehicle according to their needs. It is also one of Proton X50’s expected features.

Proton X50 Specs
The Proton X50 is anticipated to build on the BMA modular platform of the company, which is easily electrified. The latest b-segment SUV gets two engine models, one is a 1.0-liter petrol engine, which produces 134 horsepower, and the other is the 1.5-liter 3-cylinder engine that produces 174 horsepower. Also, there is a plug-in hybrid variety that produces a combined power of 255 horsepower.

The Proton X50 is expected to come along with the most appealing and smooth LED units. Proton’s crossover SUV is also expected to be equipped with LED daytime and LED headlamps running lights.
The Proton X50 will have a panoramic sunroof which is the most significant exterior feature present in the vehicle.

As the car uses a push-button type clip size 24 + 18, it doesn’t fit the Teflon Silicone series (hybrid wiper), the 4S Professional Extreme Silica Series II wiper blade could be an ideal choice if you want to change its windshield wipers.

Aside from the Extreme Silica Series II wiper blade, 4S Professional products for new cars include engine oil, car detailing microfiber, and car batteries. 4S Professional will be having a promo while awaiting for Proton X50’s official launch day. Join our newsletter subscription to get notified.

Safety
The car owner’s security can’t be compromised, so the Proton X50 comes with a kit of safety bits to make sure or to minimize the possibilities of a collision. During these recent years, the safety system of the vehicles has become so developed, which is also included in the feature list of the Proton X50.

Based on the modular BMA platform, Proton’s new crossover SUV will be available with class-leading safety features. Electronic stability control as well as six airbags will be standard, while the top-ranging models are likely to have autonomous emergency braking, adaptive cruise control, and active lane keep assist, surpassing even its predecessor, the X70. 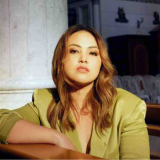 Claire is a car enthusiast, with a special interest in creative direction and content curation about cars. When she's not talking, she's writing. Tweet her a hi!